To offer your two cents worth on the subject read The Livery Transportation Service bulletin below.

The City of Calgary is looking for feedback on what improvements can be made to support taxi drivers and ensure safety, service quality and consumer protection for all livery participants.

Livery Transport Services is holding in-person meetings with taxi drivers (at the LTS office) to discuss a possible taxi meter rate increase. If you would like to attend a session, please send an email to LTSEngagement@caIgary.ca and an appointment will be arranged.

A translated version is available in the following languages: 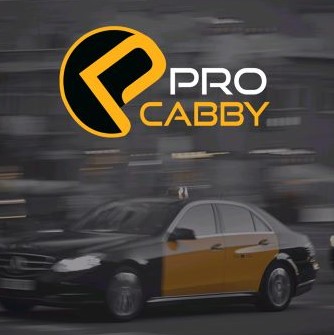 Hailing a cab is now easier with one single universal app on your smartphone that hails the cab that’s physically closest to you no matter where you are in any city, any country, or your favorite watering hole at home or elsewhere.  You can even flag a nearby cab with such an app on an isolated dirt road in the country where your car just ran out of gas.

It won’t matter which cab company is involved as long as the driver or his company is registered with the app.  Clearly, new technology such as this is a godsend for the travelling public who need such transportation in as timely a fashion as humanly possible with a well trained professional driver behind the wheel.

Travelers want such a service for reasons that are obvious and so do most drivers but with taxi brokers—especially large taxi companies in big cities, it is quite another story.  They are steadfastly opposed to it and it seems anything else for that matter that would benefit the customer.  They are quite content to have unwashed, ill-educated persons driving a run down rust bucket arriving two hours after the customer placed the call.  They are afraid that such technology or centralized dispatching as it’s often called will kill competition and put them out of business.

Let’s examine some of the advantages and disadvantages of such dispatching:

Effective competition is in reality more between drivers than cab companies themselves.

For example: A customer voices concerns to a company about a driver’s unsatisfactory service and decides not to use that company again.  She now calls a competing company in the hope of getting better service than the previous company, only to have the same miscreant driver show up at her door.  The first company fired the driver over complaints and he merely starts work with the second company.  So much for interbroker competition.

Effective driver control is undoubtedly what distinguishes good companies from bad ones but owing to the forgoing reasons, it is no guarantee of customer safety and satisfaction.

A universal app with its filtration system can easily deal with that kind of problem easily.  Such apps allow the customer, on completion of the trip to rate the driver, usually on a 5 star system.  Five stars means the customer would be glad to have that driver transport her again.  That means such a driver would be sent before others are considered if he is close enough.  A single star signifies that a drivers as described above would not be sent.

Government regulators employ taxi inspectors who handle any and all comments about service and will investigate complaints, particularly more serious ones, and are considered peace officers.  In Calgary and most other cities simply dial 311 to voice your comments on a driver’s performance.

Modern taxi apps can now do something else:  Calculate the fare and collect the fare in advance as other transportation modes do.

When a customer hails a cab through an app and enters his or her destination, the required fare appears on the screen and the customer then accepts or rejects the service offer prior to dispatching a cab.

Even cash and random street hails can handle such a metering method.  What’s important here is you have a happy customer with fewer incidents of taxi fraud.

It’s obvious that such technology has completely upended public transportation, particularly the taxi/limousine industry in general.  And unless the taxi industry gets into the 21st century, it will undoubtedly go the way of the dinosaur. 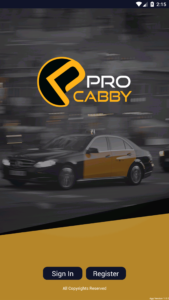 ProCabby is the only company that has the technology to offer the sort of services described above.  Customers don’t want their smartphone screens cluttered with numerous apps offering identical services.

The taxi industry will make a lot more money when they put the customer’s interests first and led the driver earn a respectable living.

ProCabby’s technology will achieve exactly that!

It appears that both BC. Premier John Horgan and Surry Mayor Doug McCallum are both not clear on the concept of healthy competition. Owing to political expedience on both sides, they prefer fighting with each other over Uber than come to grips with the fundamental realities of the problem.

Mr. Horgan obviously fails to understand that Uber’s business model fragments the industry as opposed to healthy competition. Here’s what he had to say: “I think the way forward for Surrey and for Mr. McCallum is to listen to the citizens of his community who want competition.”

Ride hailing is indeed a novel marketing innovation for the industry to follow provided that the taxi/ride hailing companies do not compromise the ability of drivers to earn a living wage by oversizing their fleets. Uber has so severely fragmented the market that neither taxi nor ride hailing drivers can earn anything even remotely close to a basic minimum wage. They simply cannot earn a living and both Uber and the Taxi companies know that and could care less.

The Vancouver-Surry taxi companies could, for the most part, care less about the impact of Uber on driver’s personal income, but they are concerned about something else, the medallion system and the monopoly it provides.

The medallion is a transferrable taxi license the number of which is limited by law in most municipalities and provides the current taxi companies in Surry and Vancouver a monopoly in a highly protected market. Its intention was to prevent the streets from being clogged with empty taxis and ensuring that drivers could earn a decent living and be an attractive career option for young persons entering the work force. In other words, the medallion system recognized taxi driving for what it is—a respectable profession.

Governments have thus unwittingly given the cab companies a lucrative monopoly to the detriment of drivers and the riding public. Fixed stand rents paid to cab companies and usurious subleasing fees paid by driver-owners to these companies rendered yet again impoverished and angry drivers and a severe deterioration of service quality to the public. Little wonder drivers and customers are flocking to Uber and Lyft like flies to honey.

Drivers, in general don’t see a significant improvement in fares but Uber does not charge them a fixed stand rent or subleasing fees. Their net income is somewhat higher but not high enough given the number of cars Uber et al insist on having in their fleet.

Consumers, on the other hand are attracted to Uber owing to faster response time—but a less well trained and professional driver behind the wheel unless he’s a defecting cab driver.

The BC government would do well to follow Quebec’s example with its new legislation Bill 17 which takes the regulation of public transportation by automobile away from municipalities and into the hands of a provincial taxi commission. It kills the medallion system and allows taxis and ride share to pick up fares in any jurisdiction in which they clear.

It’s a serious failure of leadership for governments failing to bring taxi regulation into the 21st century within the spirit and advice of Canada’s Federal Competition Bureau’s report of November 26, 2015 titled Modernizing Regulation in Canada’s taxi industry . Governments, please take the advice of the bureau’s advice to heart.